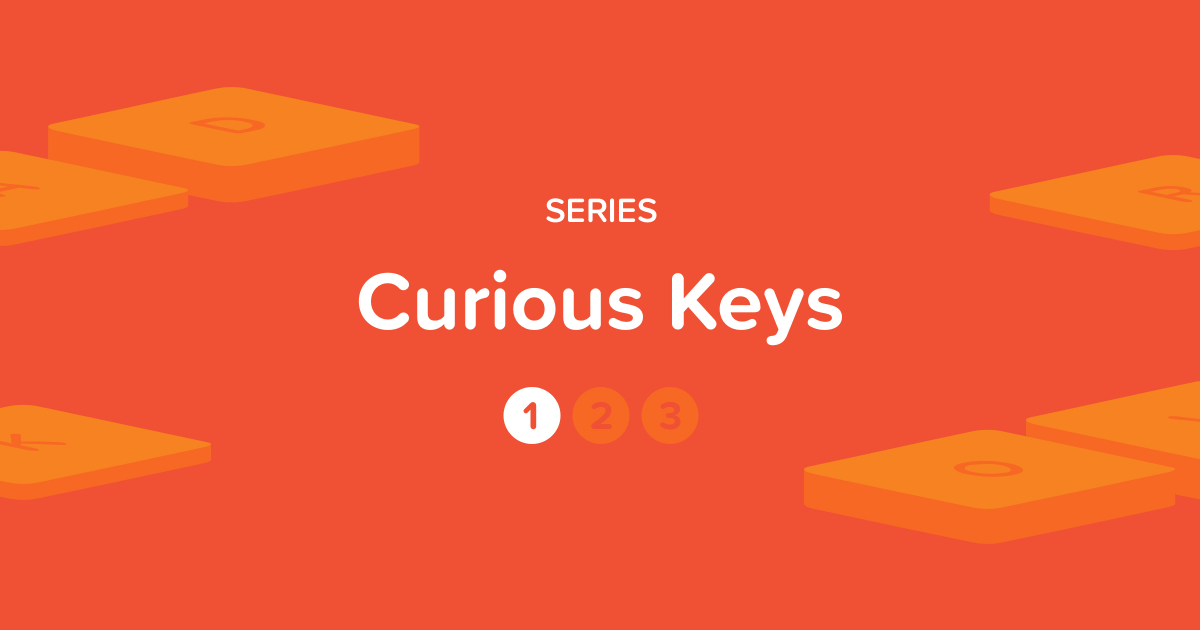 Since the beginning of computing, buttons of all kinds have helped users control their machines. Of these, the keyboard is certainly the most widespread example, but this everyday object has a history that is full of surprises. Discover the curiosities of the keyboard in our new series of articles, starting with the mechanisms that make keyboards work.

Typing, tapping, pressing, hitting a key: the relationship we have to the keyboard is above all a gesture of the fingertips. Different types of mechanisms transform this movement into a signal for the computer. Although the result is the same, the technologies used and the physical sensation felt by the user differ between each type. Let’s take a look at the main keyboard mechanisms found today.

The first computer keyboard technology was based on the mechanical switch. This timeless mechanism remains the favourite among aficionados who type a lot of text or spend long hours playing video games. They come in all styles and prices, ranging from generic to luxury models.

In this type of keyboard, each key contains a mechanical component: a spring. The key sinks a few millimetres when typed, and many believe that this conscious gesture facilitates accurate finger placement. Even better, it is not necessary to press all the way down for the keyboard to pick up the signal, which makes the sequence of movements fluid.

The mechanical keyboard is also distinct in its clicking and clacking. It is noisier than others, which can be perceived as an advantage or a disadvantage. For some people, the continuous sound of the stream of key presses aids concentration; for others, it’s a nuisance.

The membrane keyboard is very common, not only because its slim profile makes it ideal for laptops, but also because it is more affordable. Rather than a spring, a bubble between two membranes sits under each key. It must be crushed to create contact, which then transmits the signal to the computer.

In some membrane keyboards, a small plastic scissor mechanism provides key rebound. A butterfly mechanism was also used between 2015 and 2020 at Apple to make laptops even thinner. Even though many users denounced the drier feeling when typing from the get-go, it was the failures of the mechanism that sealed its fate (for example, keys that stick or stop working). Innovation does not work every time!


Membrane keyboards also allow for interesting variation, as they does not require mechanical keys. This is how flexible silicone keyboards were born. They have the advantage of being waterproof, to the delight of clumsy people who no longer have to worry about spilling their coffee. They are also easily washable, which makes them very practical in places that need to be disinfected regularly, such as hospitals. People who travel a lot appreciate them too: you can roll them up and fold them for easy transport. However, these whisper-quiet keyboards offer little to no rebound when typing, which can annoy some typists.

It may seem straight out of a sci-fi movie, but it is possible to have a keyboard without a keyboard. Also known as a holographic keyboard, laser keyboard, or projection keyboard, the optical keyboard doesn’t use keys: instead, a camera captures the movement of your fingers. The interface you type on is actually non-existent, it’s just a projection to guide your gestures. Although fun and surprising, this type of keyboard does not offer tactile sensation or feedback confirming which key you are typing. So you might tap a key without wanting to, simply by passing your finger over it, or type faster than the sensor’s ability to follow you. A warning is in order for those who train with Typing Pal: you will soon be too fast for this still-imperfect technology! ⚡️

The last keyboard mechanism we’ll show you here is also without physical keys, a bit like the optical keyboard, but much more known and widespread: the touchscreen keyboard. It can be found on most mobile devices and on a few computers.

The touch keyboard eliminates the need for a physical keyboard. Convenience seems to trump the lack of touch feedback and even the variable size of the keyboard. Instead, users adjust their typing technique depending on the device, from ten fingers on a tablet to two thumbs on a phone.

Touch keyboards are actually little pieces of software and often come with auto-correction and prediction technology that suggests complete words as you type, to help you type faster.
You’ve probably tried at least one or two of the keyboards above, but chances are you won’t have the ones we’ll cover in our next article: One-Handed Keyboards.