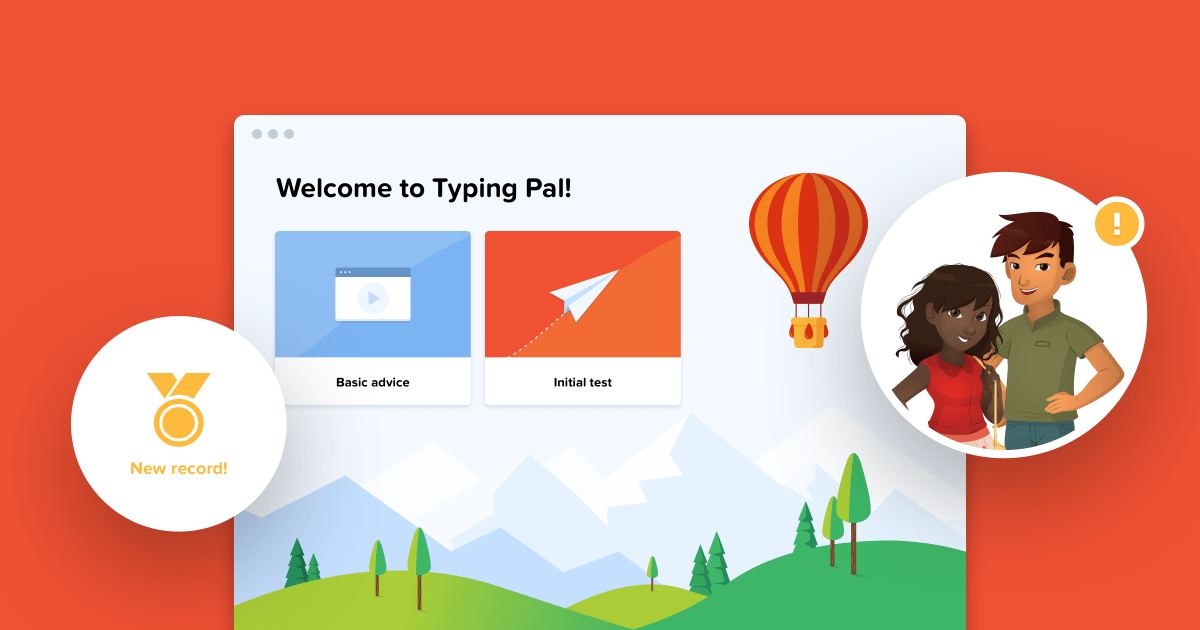 Druide informatique is pleased to announce the rollout of a new version of Typing Pal — School Edition, its web-based typing tutorial application for educational institutions. This year’s improvements aim to ensure student motivation, an important factor in their success during this pandemic.

Now more than ever, Typing Pal recognizes and encourages students’ efforts, diligence and perseverance. Students now get a gold medal when they redo an activity and beat their previous score. To highlight their achievements, 20 new badges have been added to the 50 or so existing ones. A new option activates special sound effects that help celebrate when a target has been met or a record has been broken. Performance statistics change color in real time to show whether a student is meeting their speed and accuracy targets; they can then increase their efforts accordingly.

Typing Pal now welcomes students with a dynamic home screen featuring tiles that change based on where a student is in the training program. As well as acting as shortcuts, these tiles display the number of completed activities, making it easy for students to assess their progress. More attentive coaches are also part of each student’s personalized training program. These characters, chosen by the student to guide them in their learning, now offer more than just encouragement. They recommend specific aspects of Typing Pal’s pedagogical program based on a student’s progress. For example, depending on their results, a student who has already completed several exercises may be invited to complete some improvement activities.

For teachers, two new tabs have been added in the student’s file to make it easier to see which activities still need to be completed. Teachers even have access to the step-by-step progress chart. Finally, dark mode, which diminishes the screen’s glare and the resulting eye strain, has been added as a display option. For those who are visually impaired, dark mode’s white text on a black background can also be easier to read.

Educational institutions with Typing Pal subscriptions can enjoy these new features as of today, since they have just been rolled out globally. Many of these features have also been added to Typing Pal’s Personal and Home Editions.

Founded in 1993, Druide informatique produces and markets Antidote, the most complete writing assistance software suite available for English and French, as well as Typing Pal, the renowned typing tutorial application. The company is also the creator of WebElixir, a quality assurance service for websites. In addition to its software, Druide publishes French-language literature and reference works through its subsidiary, Éditions Druide.